“THE BOY BEHIND THE DOOR” will be available to watch this Saturday, October 17th, 12:00pm PDT at 2020 AFI FEST presented by Audi.

For passes, tickets, and other details about this film, please log-on to https://fest.afi.com/

The film is the story about twelve-year-old “Bobby” and his best friend “Kevin” (Lonnie Chavis and Ezra Dewey who both delivers an impressive performances) who are kidnapped and taken to a strange house in the middle of nowhere. Bobby manages to escape and breaks into the house where he thinks Kevin has been locked up. Dodging danger at every corner and hiding in the shadows, Bobby searches for his friend – and also for answers. 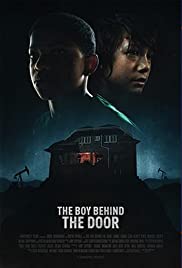