The 40th anniversary of Outfest Los Angeles LGBTQ+ Film Festival will be held from July 14 through 24th this year with an in person, as well as virtual online-screenings.

A star-studded lineup of celebrities, galas and centerpiece events are in store for Outfest audiences, starting from the world premiere of Grammy, Emmy and Tony Award-winning actor, and now his first directorial film — Billy Porter’s directorial debut film “Anything Possible,” which will be at the Orpheum Theatre in downtown, Los Angeles.  His first feature is a Prime Video Original, an uplifting teenage romance about an unflappable trans-girl and a charming cis boy navigating a senior year relationship.  Porter will be receiving the 2022 Outfest Annual Achievement Award on the Opening Night Gala. Oscar-nominated screenwriter John Logan’s directorial debut feature “They/ Them ” will serve as the Closing Night film which will be held at The Theater at the Ace Hotel, also in downtown Los Angeles.  Released by Peacock and under Blumhouse Production, this horror film is set at an LGBTQIA+ conversion camp, in which the young residents band together against the counselors as an unidentified killer begins to claim victims. 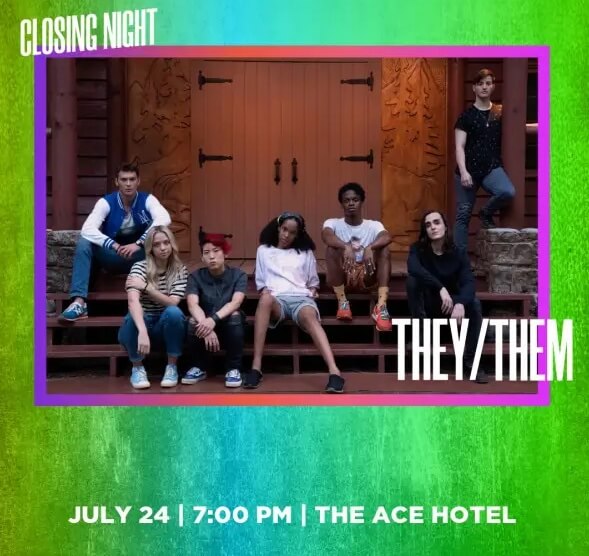 Two inaugural awards will be given this year.  The Platinum Maverick Award will be presented to Clive Barker while bounce artist and filmmaker Big Freedia will be presented with the Platinum Alchemy Maverick Award.  This award is given to acknowledge their artistry and social justice work through their filmmaking, who are bold innovators and cutting edge creators of experimental LGBTQ media and performance and celebrates the adventurous renegades of queer culture.

From the Legacy Centerpiece “Far From Heaven,” director Todd Haynes, producer Christine Vachon and star Julilanne Moore will be present for the Q&A after the screening on July 17, Sunday, 8:17 p.m. at the Directors Guild of America. 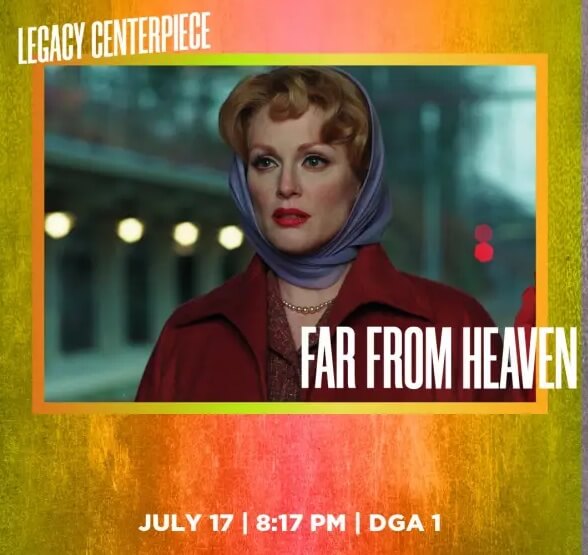 U.S. Centerpiece film “Unidentified Objects” will have director Juan Felipe Zuleta, actors Matthew Jeffers, and Sarah Hay, in person after the screening on July 20, 7:00 p.m. at the Directors Guild of America.

Venues for in-person include The Orpheum Theatre (Opening Night), The Theater at Ace Hotel (Closing Night), The Red Cat, Harmony Gold, Plaza de la Raza, The Ford, and the Directors Guild of America.

The full Outfest Los Angeles 2022 LGBTQ+ Film Festival lineup will be released in the coming weeks. For more information or tickets, visit OutfestLA.org 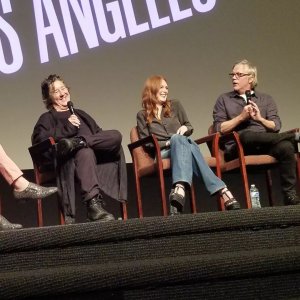 Outfest 2022 Legacy Centerpiece screens ‘FAR FROM HEAVEN” for its 20th Anniversary with a grand red carpet and Q&A after with star Julianne Moore, Director Todd Haynes, and producer Christine Vachon