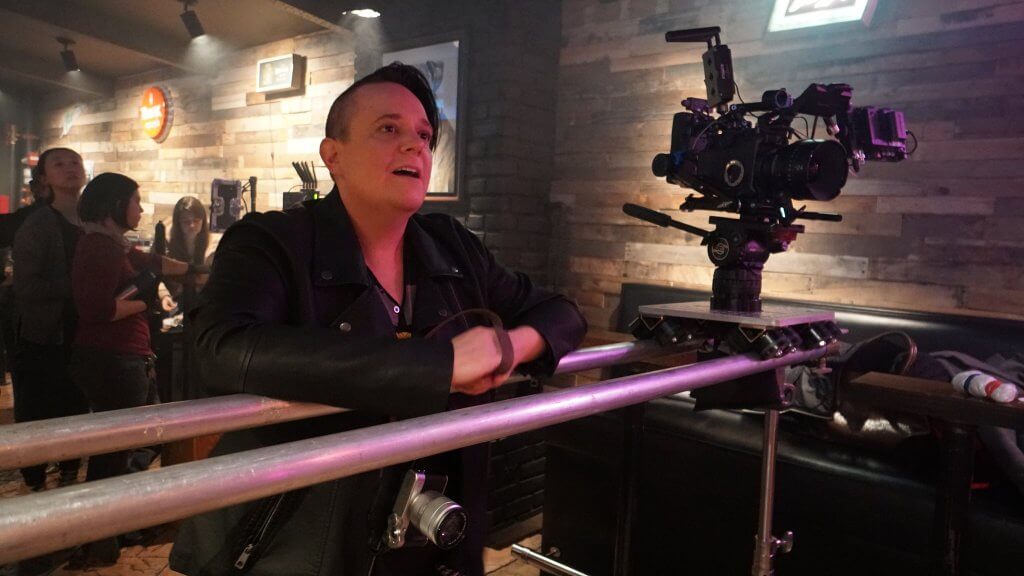 One of the best films I’ve seen at the ongoing Outfest is Michelle Ehlen’s latest magnum opus MAYBE SOMEDAY.  I got a screener and fell in love with the movie.  It is about people’s experiences, an honest film that delves into unrequited love, struggling to let go and moving on, the complications of falling in love.  The movie has a great screenplay, with great performances from the cast (very truthful acting especially from Michelle as well as the two Young Jay and Young Jesse).  Each of the characters in the film are very relatable to anybody’s life experience.  Charlie Steers who plays the charismatic but complicated gay man provided the laughs and has great chemistry with Michelle everytime they are onscreen.  This gem of a movie is a delicate drama that has all the ingredients in creating an artistic, powerful film an LGBTQ can relate with.
I caught up with the multi-talented Michelle Ehle and here’s an excerpt of our conversation.  Read on ..
Hollywoodflip: You are starring in this film, wrote, directed and produced it.  I know acting and directing at the same time is already hard to do.  How did you manage doing all these at the same time?
ME:  I think having enough time in the pre-production process is a big part of it. For the script, I worked on it for quite awhile and we had a couple of live readings for feedback. For pre-production, my producing partner David Au and I allowed ourselves quite a bit of time so we could be prepared and organized despite having a pretty small team of people working on the film. We also spaced out our production days as well, to give ourselves time off to gear up for the next round. Then when we got to set, I delegated the logistics to David so I could focus on the directing and acting part. For that, being able to shift focus quickly from director mind to actor mind is key, so eliminating as much outside stress as possible really helps. Sometimes we would watch playback on set so I could see how a take looked, but for that I’m mainly looking at the more technical aspects of the shot as opposed to the acting, which is more of an intuitive process. Having a team of people to work with that you trust really helps as well. 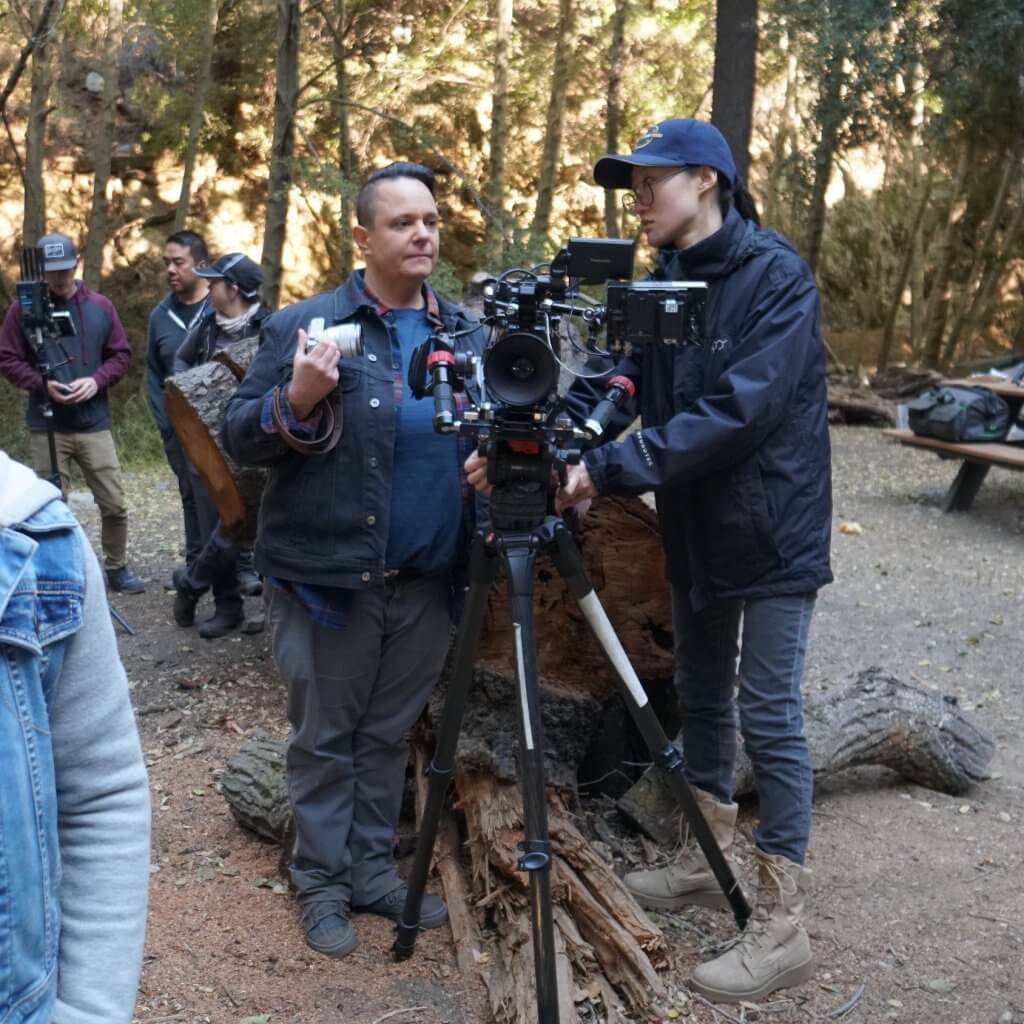 Hollywoodflip: What was the genesis of your film, starting from how you came about having the concept and inspiration for writing the story? Was the story based on a friend’s experience or somebody related to you?

ME: The story is inspired by my own divorce and cross-country move to start a new life, and while the relationships and characters are based on people I’ve known, the actual storyline is mostly fictionalized. Real life usually isn’t as neat or concise as a movie should be, so it’s always going back to what you want to show with the film and making sure the characters and storyline support that, regardless of how things really happened. Originally I wrote the film as more of a buddy story between Jay and Tommy and how he helps her overcome her heartbreak, but over time I added in more about Jay’s relationships with Lily and Jess to round out the story more, including adding the flashbacks which really helped open things up visually and emotionally.

Hollywoodflip: What was the most challenging part in creating this film? How many shooting days did you have?

ME: We shot the film in 17 days, but it was over the course of almost two years because of the pandemic. We filmed most of it in the fall/winter of 2019, but scheduled four days for our flashback scenes in April of 2020, which ended up being put on hold while we waited until we all got vaccinated. The most challenging part of making the film though was actually writing the script. I worked on the script for three years off and on and it really took a lot of time to find the right way to tell the story. Movies usually gloss over the emotional fallout from a breakup – oftentimes you see a character lay in bed and cry for a weekend for example, or there’s some kind of quick montage of them being sad, and then suddenly they’ve moved on. Because as relatable as that period of time in someone’s life is, it’s difficult to write about a character who’s emotionally stuck. A broken heart can take a long time to heal, and we often don’t get a chance to see that part of the process on-screen.

Hollywoodflip: Can you talk about how you ended up with a great cast? I loved Charlie Steers character in this film. Can you tell us how he got cast in the film as well as the two Young Jay and Young Jess? 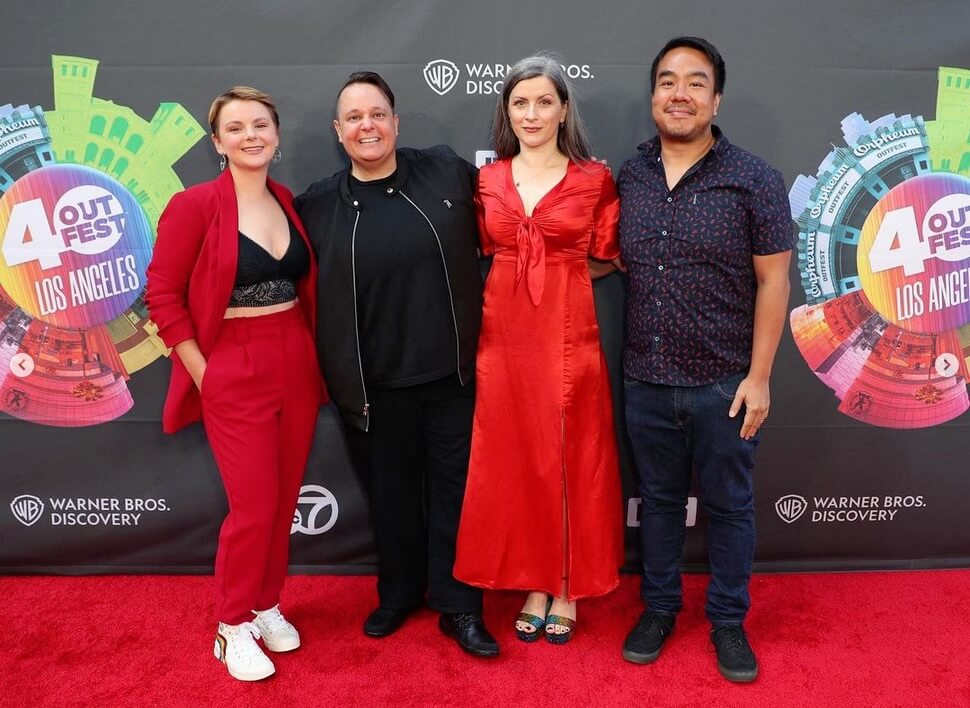 ME:  Charlie submitted for the role through one of our casting notices and auditioned for us, which is how we found all of the cast except for Shaela Cook, who I worked with on my films Heterosexual Jill and S&M Sally. With the exception of Young Jay and Young Jess (who had to look like their older counterparts), I tried to have as wide of a physical type for each role as possible, so we could hone in on what really matters for this film – how the actor embodies the character, and what they naturally bring to the role. The fact that Charlie and Eliza Blair (who plays Young Jay) are both queer also added a lot of depth and nuance that I don’t think we would have gotten otherwise. Both of them really resonated with the characters on a more personal level.

Hollywoodflip:  What would you like the audience to take on this film after watching it?

ME:  I hope the audience sees how sometimes we prolong our own grief, and that we need to be active participants in our own healing process. Moving on can be difficult and scary but refusing to do so delays the inevitable. The one thing I wish I would have learned many years ago – to let go sooner, and more gracefully.

Hollywoodflip:  Can you tell us where the film is going after Outfest, and any web site or social media link where people can find information about this great film?

ME:  The film will be screening at the Woods Hole Film Festival in Cape Cod in a couple of weeks, followed by the OutSouth Queer Film Festival in Durham North Carolina, Cinequest in San Jose, and the Albuquerque Film and Music Experience. We also have a lot of film festivals going into the fall that haven’t been announced yet. People can stay up to date with the latest on our Instagram and Facebook @MaybeSomedayFilm or Twitter @MaybeSomedayJay

Hollywoodflip:  Are you working on anything new?

ME:  Yes, my partner Hayden Harris and I are currently in pre-production on a research project and docuseries about nonbinary identities and experiences called Queering the Binary. We’re both nonbinary and would love to see more content created by and about the community, so we look forward to starting production in a couple of months.

Ehlen’s past films have collectively screened at over 100 festivals around the world and have won 20 awards including Best Actress from Outfest LA, Best Feature from the Chicago LGBTQ Film Festival, and Best Director from the Connecticut LGBTQ Film Festival.  The films have gone on to wide releases on Netflix, Hulu, and Amazon.

MAYBE SOMEDAY is screening at OUTFEST this Saturday, July 23, at the Directors Guild of America.  Tickets are available at www.outfelstla.org

The program SHORTS: FELLAS THAT WERE IN THE MOOD kicks-up with some of the hilarious and provocative shorts at Outfest 2022 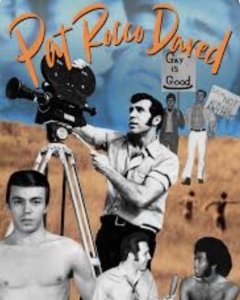 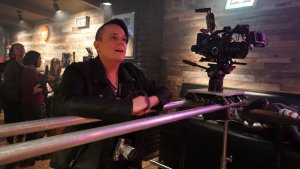 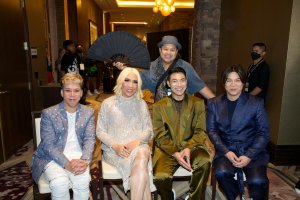 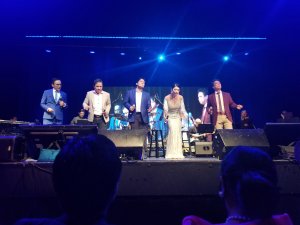 Four Kings and A Queen – The Hitmakers with Pops Fernandez (Review)

The program SHORTS: FELLAS THAT WERE IN THE MOOD kicks-up with some of the hilarious and provocative shorts at Outfest 2022