This week on COLCOA VIRTUAL CINEMA:
In Theaters 07/13 **** London, 18th century. Casanova (Vincent Lindon), famous for his taste of pleasure and gambling, arrives from Paris, forced into exile. In this city he knows nothing about, the libertine meets on several occasions a young prostitute, Marianne de Charpillon (Stacy Martin). She attracts him to the point he starts disregarding all other women. The legendary seducer is ready to do anything to get her, but La Charpillon always escapes under various excuses. She challenges Casanova: “You will only have me if you stop desiring me!” Director – Benoît Jacquot (Farewell, My Queen) Cast – Vincent Lindon, Stacy Martin, Valeria Golino
Recently divorced scientist Isabelle struggles to co-parent her daughter Zoe with her argumentative ex. But when Zoe suffers an unexpected brain hemorrhage and is put on life support, Isabelle comes up with an audacious plan to keep some version of her daughter alive. A meditation on loss, grief, and technology’s very human limits, MY ZOE is the story of enduring love in a future that strikes close to our present. Written and Directed by Julie Delpy. Official Selection  Toronto International Film Festival. “The film moves… into the grandly Promethean, but keeps its place too in the cool European everyday. Combining both is its own experiment, bold and intriguing.” – Financial Times
In IF YOU DON’T, I WILL, Passion and spontaneity have given way to predictability and cold shoulders as Pomme and Pierre have been together a long time. But there’s a lingering optimism, a hope they can return to the couple they used to be, attending chic art openings and sharing a laugh like young lovers. On a hike together one afternoon, Pomme declares her independence by deciding to stay in the woods rather than return to an underwhelming life with Pierre. Pierre tries to get back to normal, despite his worry over her whereabouts and the indelible sense that he’s missing his better half. Meanwhile, Pomme begins an extended meditation in the forest on where her own life should go next, with or without Pierre. In the end, both are left to contemplate the strength and meaning of each other’s commitment. Written and Directed by Sophie Fillières. Official Selection Berlin International Film Festival.
The powerful and darkly sensual drama AUGUSTINE is based on the true story of the unusual relationship that developed between Dr. Jean-Martin Charcot, the pioneering 19th century French neurologist and mentor to Sigmund Freud, and his star teenage patient. In Belle Epoque Paris, 19-year-old kitchen maid Augustine suffers an inexplicable seizure that leaves her partially paralyzed and is shipped off to an all-female psychiatric hospital specializing in the then-fashionable ailment of ‘hysteria’. Augustine captures the attention of renowned neurologist Dr. Charcot (Vincent Lindon) after she has another attack that appears to give her intense physical pleasure. Intrigued, he begins using her as his principal subject, hypnotizing her in front of his fellow doctors. As Augustine displays her spectacular fits in lecture halls, the lines between doctor and patient become blurred, radically impacting the course of both of their lives. Chronicling one woman’s sexual awakening against the backdrop of Victorian psychology and social repression, director Alice Winocour’s auspicious feature film debut stars 27 year-old French recording artist Soko in a breakout performance. Written and Directed by Alice Winocour. Official Selection COLCOA French Film Festival, Toronto International Film Festival, Critics Week Cannes Film Festival. Three César Awards nominations including Best First Feature. 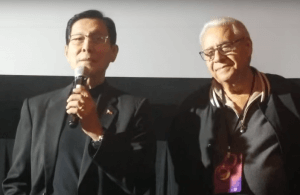 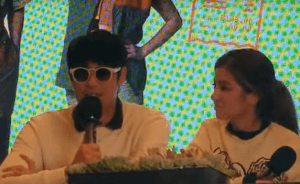 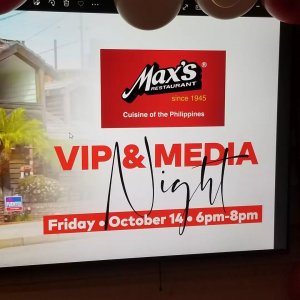